How Changes in Power of Attorney Law Impact Your Estate Plan 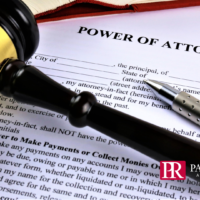 Most estate plans include general powers, and the main differences lie in when the general power takes or loses effect. A general non-durable power of attorney terminates if you become incapacitated, whereas a general durable power of attorney remains effective even if you become incapacitated, until your death. Both types are valid under Florida law. In 2011, however, the state made several changes to the laws governing powers of attorney. It can be important to read the new rules carefully to ensure that the powers of attorney in your estate plan are valid.

The 2011 law does not allow broad, non-specific grants of power to your agent. Instead, you must list in detail the specific powers you want your agent to have. For example, you can no longer say your agent has the authority to carry out “all financial transactions” and instead, you would need to say that your agent can pay certain bills, buy and sell securities, or authorize distributions from named accounts.

To help ensure that your estate plan remains valid and most effectively acts to achieve your goals, please reach out to our office to schedule an appointment.